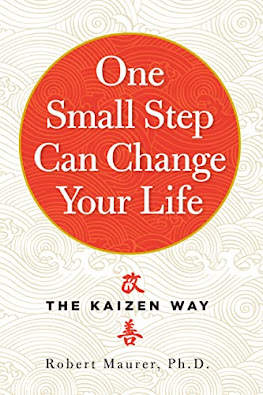 I've heard about eBook subscriptions, but I have never tried them. I love the feel of books and seeing them beaming on my shelves.
Currently, my books are in storage. I miss them dearly. Their absence have me craving for books.  My friends suggested that I check out Scribd.
Similar to Netflix, Scrib puts books in the palm of your hand, and you only pay $9.00. Skeptical about signing up, I decided to try it using  the 30 day free trial. I wonder if I will become addicted. During my pregnancy, I was addicted to Netflix because I was on bed rest.
So far, I have two books in my library. I like how an estimated time of how long it will take to read the book is provided. I'm intrigued by this feature.
Some books have an audiobook option. I spend a lot time in my car when I pick of my children from school. I may try the audiobooks. A subscription for audiobooks is available, too.
Do you subscribe to an eBook service? What are your thoughts? 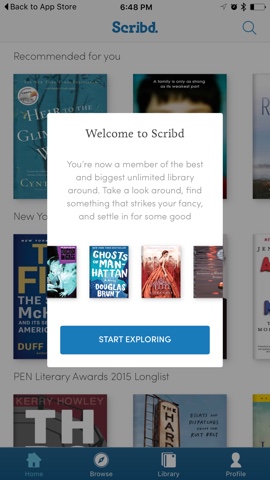 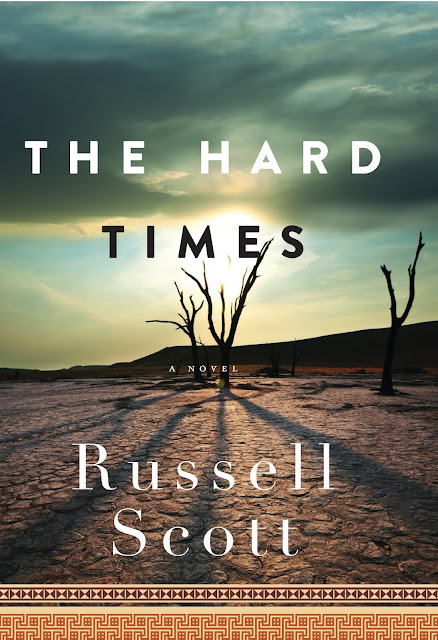 The Hard Times by Russell Scott highlights life from the perspective of men.  Scott includes love, tragedy, divorce, theft, and betrayal, among other themes, to portray how love can trump over it all.  Ray Moffett's journey throughout the novel is filled with real-life events that readers can relate.  My curiosity about the ties between Fritz and Ray was fully satisfied as the novel unfolded.

Being a physician from my home state of Mississippi, Scott pays close attention to details throughout the text, just like I am sure he does at the hospital.  This attention to detail makes using figurative language a breeze, as Scott plays on the emotions of the reader. Also, Scott leaves the reader contemplating interactions with others, as well as how the interactions ultimately can impact their lives. Bringing in his medical expertise, Scott narrates a drama that if full of characters with life and drama with surreal emotions.

Overall, I was very pleased with the book.  From the beginning to end, Scott knows how to reveal a captivating story for bibliophiles like myself.

An Interview With Russell Scott 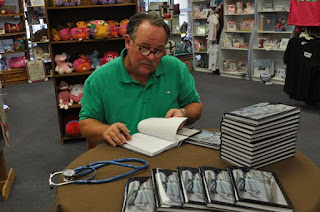 The Hard Times is partially based on your own experience in Africa. How much is fact vs. fiction?

It's almost all true; the bits are just strung together in a way to make a coherent story. The characters are fictional, their circumstances are universal, so it's a story woven from facts.

When did you go to Africa and why?

I've been to Africa several times, both the northern and the southern ends of the continent. But this book comes primarily from the time I spent in Namibia hunting.

Are the two brothers, Fritz and Manfred, based on real people?

Yes and no. I know that sounds disingenuous, but the circumstances are altered. They are both based on an amalgam or real people. As an oncologist, I live with Manfred's story every day, so I am perhaps closest to him, even though he is a bit evil and imperfect. His motives are like many people facing such an event in their lives – they want to protect their family. Manfred can't be judged too harshly, given the circumstances of his childhood. Fritz, on the other hand, is a man who has looked across the sights of a rifle at another man and circumstances have demanded that he pull the trigger. That is something I can relate to as well. He understands both the detachment that that takes and the toll it takes on a man's soul.

Can you tell us about the role of the international diamond trade in The Hard Times?

It is the framework for the story. The Kimberly Process – the name comes from the city in South Africa where the diamond producing states came together in 2000 to try and regulate the trade in "conflict diamonds" sometimes called "blood diamonds" for the blood that is spilled in their wake as a financier of conflicts and regional wars. It was soon adopted by the General Council of the United Nations and resulted in the Kimberly Process Certification Scheme. In many ways, its intent has been subverted by the country of Zimbabwe, under Robert Mugabe, and in that country, nationalization of diamond mining has resulted in "artisanal miners" unprotected and exploited, digging diamonds for little or nothing. The destabilization of the Zimbabwean currency, created a state where the diamonds had to be sold for a worthless currency, so many of them flooded into the black market. This story is a fictional supposition of what would happen if...

What do you want readers to learn from your protagonist, Dr. Ray Moffett?

That sometimes we are most blind to that which is most important to us. In Ray's case, it is his wife. In many ways, Ray is an idiot, just like a lot of men, ego and temptation and just plain stupidity conspire to ruin our lives. This story is designed to help see what is important and what's crap.

What did you find challenging about writing The Hard Times?

Publishing it, it was very easy to write, it flowed out. Sometimes it felt like I couldn't catch my breath I was writing so fast. But, when it was finished, and I read it, it was somehow too personal to share. But with some help from my friends, it is here now, and I hope it's worth the reading. We have become too conditioned to heroes and villains, black and white, good and evil, but life is rarely that simple, so I leave you to draw your own conclusions.

Check out my other blog: Transitioning to Me: Life after Divorce. 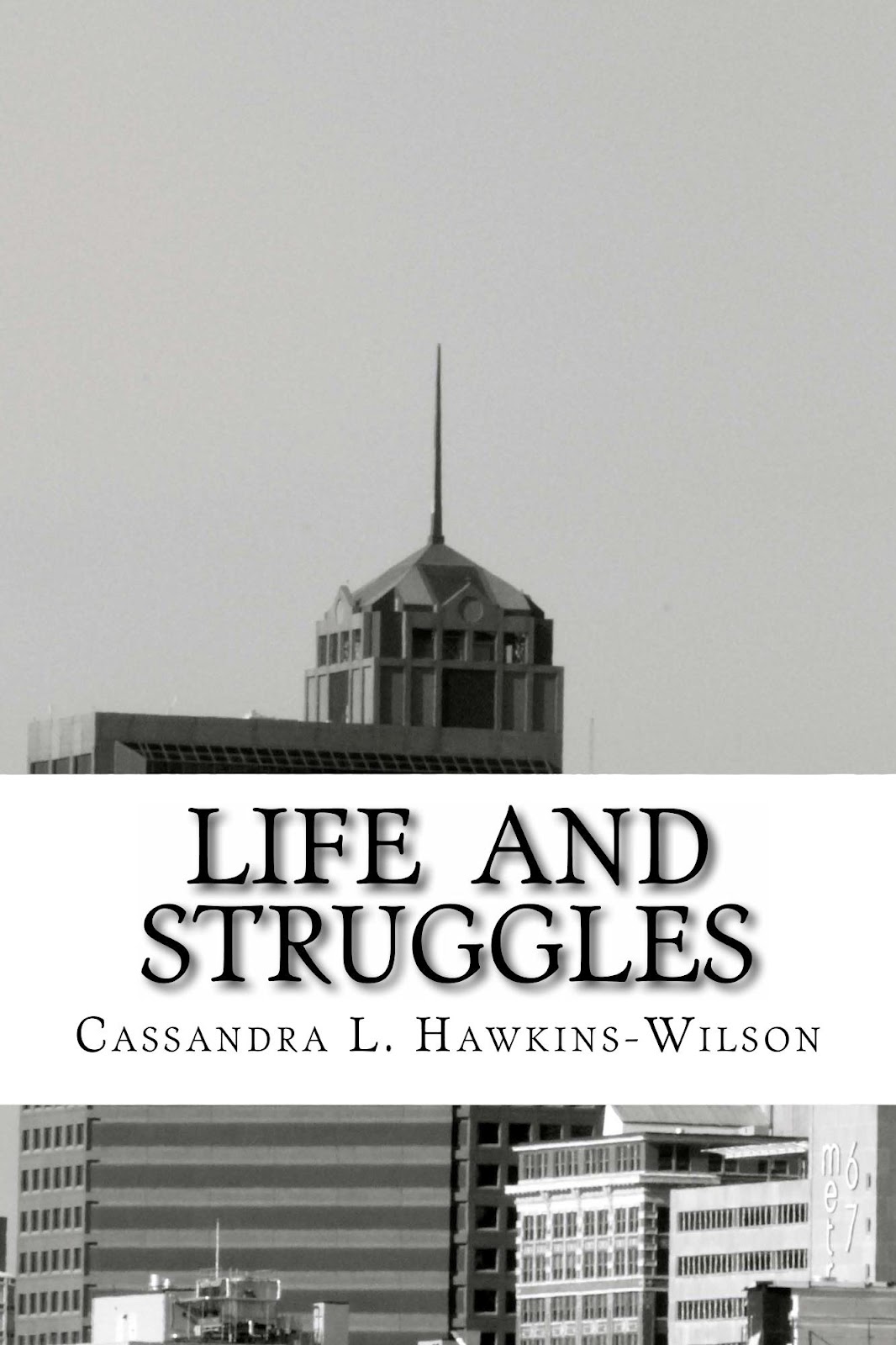